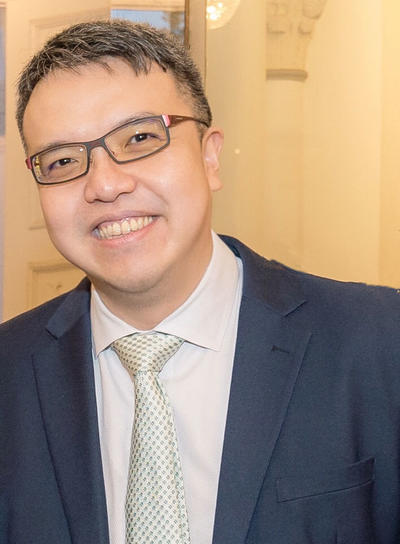 Lionel Choi is the founder of Singapore-based Altenburg Arts, a new diversified arts consultancy firm with a focus on classical music. The ambitions of the company are built on Choi’s experience and the many music-related connections he established as Artistic Director of the Singapore International Piano Festival from 2010 to 2018. During his tenure, he had the opportunity to present and to form such meaningful friendships with many internationally celebrated artists, including Martha Argerich, Yuja Wang, Dang Thai Son, Seong Jin Cho, Nelson Freire, Stephen Kovacevich, Arnaldo Cohen, Stephen Hough, Yevgeny Sudbin, Benjamin Grosvenor, Piotr Anderszewski, Cédric Tiberghien, Kun-Woo Paik and Shai Wosner.

Choi may be a qualified lawyer by training, but his involvement in music – from piano to choral conducting to singing – dates back to when he was a child, starting with piano lessons at age 3 and graduating top of his class at secondary school in music.

For a decade since 1997, Choi was resident classical music reviewer with the main daily newspaper in Singapore, The Straits Times, for which he also had the opportunity to meet and interview such artists as violinists Anne-Sophie Mutter, Sarah Chang, Gil Shaham and Cho-Liang Lin, cellist Jian Wang, conductor Lan Shui, and pianist Stephen Hough. He also contributed from time to time to a variety of print publications locally and abroad, including The Business Times, The Esplanade’s The Arts Magazine, Singapore Airlines’ Silver Kris, and the International Piano Quarterly, a UK-based specialist piano magazine which was then part of the Gramophone folio of publications. From 1997 to 2003, he was a part-time producer-presenter with the now defunct Passion 99.5FM of the National Arts Council, where, besides hosting regular programming ‘live’, he also produced a 13-part one-hour series called “The Piano” (1999) and a one-hour special feature interview with British pianist Stephen Hough.

Online, Choi has been described as an “early Internet Prokofiev pioneer”, culminating in him contributing, as a founding staff writer, many writings to the now defunct Prokofiev.org, an online database on all things relating to the Russian composer Serge Prokofiev, supported by the Prokofiev family and the Serge Prokofiev Archive at Goldsmiths College, London.