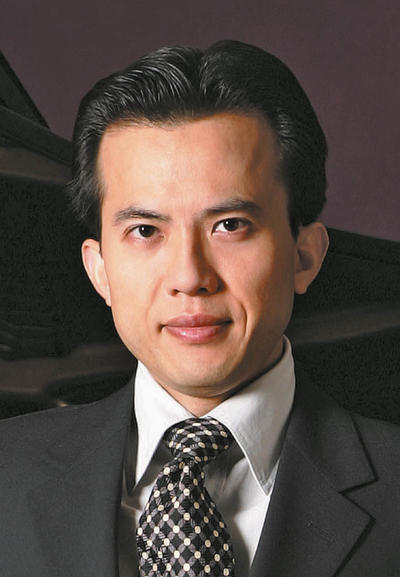 He has been the recipient of numerous awards and prizes, among them, silver medal in the Edvard Grieg International Piano Competition in Norway and first prize in the Kosciuszko Chopin Piano Competition. He was chosen as the winner of the Adele Marcus Foundation Grant, which enabled him to perform extensively in the United States. At the Eastman School of Music, he was awarded a grant from the Liberace Foundation and the coveted Performer’s Certificate.

He has appeared as soloist with numerous orchestras and has collaborated with conductors Jahja Ling, Mitchell Arnold, and Fusao Kajima, among others. Mr. Tang’s performances with the China Philharmonic Orchestra and the Shanghai Symphony were broadcast by the Chinese National Television and Radio reaching approximately 900 million people. He also gave the American premiere performance of the Concerto No. 2 for Piano and Viola by Alexander Tchaikowsky. He has presented many solo recitals in the United States, Europe and the Far East. His performances have been heard on radio and television including BBC, NBC, Chinese National TV and Radio, Polish National Television, Oriental TV, WQXR of New York, WFMT of Chicago, among others.

As one of the leading pianists and pedagogues in China, Zhe Tang has taught master classes and presented lectures at many universities, conservatories, music schools, festivals throughout China，Europe，and the United States. Many of his students have won top prizes at national and international competitions. He is a frequent adjudicator of piano competitions, served on the jury of Gina Bachauer, Bösendorfer, Cleveland, Hilton Head, Mozart and all the major Chinese national competitions. He has also been organizing competitions, directing festivals and has contributed as an advisor for over twenty universities and musical organizations in China. Recently, he was given numerous awards including “Grand Award for Excellence in Teaching” by the Chinese government and was featured on the cover of “Piano Artistry”，the most important piano magazine in China.