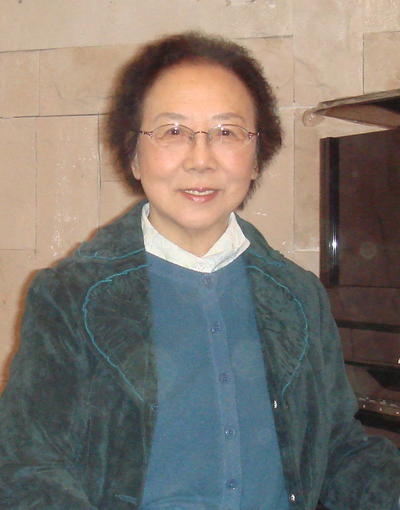 Zhu Yafen was born in Shanghai and graduated from the Piano Department of the Shanghai Conservatory of Music. From 1953 to 1956, she toured as concert artist with the Chinese Artists’ Group to 12 European countries. After returning to China, she was appointed pianist to the Orchestra of Liaoning Opera Theatre and appeared in solo performances, chamber music appearances, as well as orchestra concerts. From 1978 to 1989, she served as Professor of Piano in the Shenyang Conservatory of Music and was Dean of the Piano Department from 1981 to 1986.

Zhu was the first pianist in China to release a videotape series entitled “Lectures on Piano Teaching” in 1989. In 1992, she translated and assisted in the publication of the Chinese edition of the well-known book The Pianist’s Guide to Pedaling by Joseph Banowertz. In 1991-1992 and again in 1998, she lectured on “Chinese Piano Music” and “Piano Teaching China” in seven colleges and universities throughout the United States.

As one of the most sought-after piano teachers in China, she is frequent demand to give lectures and master classes throughout the country. She is also frequently contracted to serve as member of national and international panels of many piano competitions. She is a regular contributor and member of the editorial board of Piano Artistry, the national piano journal in China.